Kimahli Powell found himself at a crossroads. As the executive director of Rainbow Railroad, an international organization serving the LGBTQI community, he helped to grow his organization from a small startup with a $300,000 CAD operating budget to one with 10 times the budget and staff.

This rapid growth introduced brand new challenges for Kimahli. Though driven and skilled in community engagement, he struggled with new responsibilities including onboarding and managing staff, and navigating complicated relationships with his organization’s board of directors.

It was at this point that Kimahli began working with Amrita Garg, PCC, an ICF-credentialed Executive Coach in Toronto, Ontario, Canada.

Can you tell us a little about the situation that led you to partner with a coach?

It’s rare that you have an opportunity to build a nonprofit from the ground up, and one that’s so successful. We’re a privately funded organization, so that growth came through a large degree of community engagement.

So I found myself leading an organization that had a lot of success but also a lot of challenges with onboarding new staff, taking care of staff and relationships with the board of directors in Canada and the United States. So when reviewing my performance with the board, we agreed that it would be good to get some coaching to help me manage these relationships, and manage how I show up with all of our stakeholders.

Had you ever heard of coaching before this situation? Was it something you knew about?

I had heard of Life Coaches in a very general sense, and I’ve got to be honest … I didn’t quite get it at first! [laughs] But the more I learned, the more I thought that this could be useful for me.

We worked together for about six months, and all our coaching took place over the phone.

You mentioned that you didn’t have a clear idea of how coaching could benefit you, at least at first. Did that change for you?

It did change. At first, I was uncomfortable with the idea of working with someone exclusively over the phone. I was skeptical about forming a relationship with someone that I might never meet in person.

I also wasn’t sure about what these conversations are supposed to look like, what I’m supposed to be saying. But I think I quickly became at ease with the format, partially because Amrita was just a really strong coach in helping me lay out my objectives and the things I wanted to work on. That was key.

“I realized that the whole point of this process was to give me the tools I needed to succeed.“

As our work together went on, I realized that the whole point of this process was to give me the tools I needed to succeed. Once I realized it’s meant to support me, and I have control over the process, it was really helpful in moving me forward.

You described Amrita as a strong coach. What was working with her like? 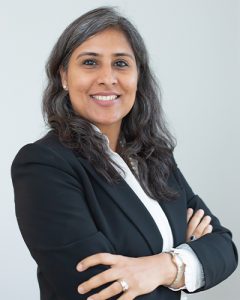 I think Amrita’s strongest contribution was her ability to reflect back what I was trying to say. I’m someone who thinks out loud a lot. She was able to really zero in on my ideas and then give meaningful feedback on my conclusions, and that would lead to some real light bulb moments. I think we had more than a few of those light bulb moments together, where things just clicked and suddenly made sense.

Since working with Amrita, have you noticed any changes in your work relationships?

Coaching has totally transformed how I interact with my colleagues, both with staff and my board. It also changed how I show up in meetings with them. Those were two of the biggest pieces.

“Coaching has totally transformed how I interact with my colleagues, both my staff and my board.”

Rainbow Railroad grew so much because of the amount of drive I put into the organization. But sometimes when you’re putting in that amount of drive, you’re not as concerned or as focused on how you show up. That was the key theme of our work together.

Would you recommend coaching to friends, family or colleagues?

I would recommend it, and I have recommended it! What I typically say is that coaching is a really effective way to gain insights on things that you can do to enhance your career or your life, and that it’s not necessarily about changing behavior. It’s about really reflecting on your strengths and your gaps, and looking at what you can do to enhance your strengths and mitigate your gaps.