You Need This More than You Think: Milan’s Coaching Story

Milan Atanackovic was introduced to coaching through his role as a leader at EverStream, a telecommunications company in Cleveland, Ohio, USA. Milan’s CEO presented him with the opportunity to work with a coach to help hone his strategic planning skills and broaden the company’s reach. 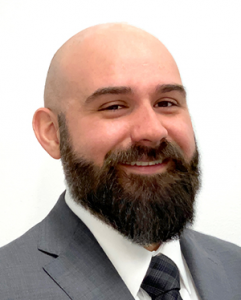 Milan was initially apprehensive about the coaching process—did the company feel there was something in his performance that needed to be “fixed”? Milan began working with ICF-credentialed coach Yan Maschke, PCC, also based out of Cleveland. What followed was a journey of profound growth, both personally and professionally.

I’ve been with the organization for going on 12 years. We’re in a massive growth mode right now, so our CEO was looking at the next level of leaders that would manage and support the business moving forward.

With that in mind, he began interviewing leadership coaches to get those people to the next level. He interviewed two or three different companies, and he hit it off with Yan. I was chosen for the very first round of coaching.

The coaching lasted six months, and it was all in person. We met every other week.

Had you heard of coaching before working with Yan?

After each coaching session, my eyes were widened to a point that I was just sitting there going, “Wow, this is very impressive. I did not know I needed this.” 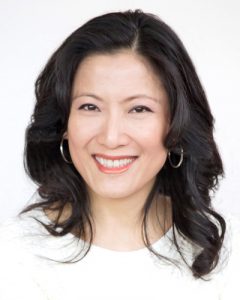 Not really. My anticipation of coaching was that it was someone to basically tell you what you’re doing wrong and how to fix it. Thankfully, that wasn’t the case. After each coaching session, my eyes were widened to a point that I was just sitting there going, “Wow, this is very impressive. I did not know I needed this.”

What were your goals for coaching?

My initial goals were around strategic thinking and building an effective team. And then those goals blossomed into sub-goals that came into focus as the process unfolded.

Did you have any “aha” moments?

My impression had always been the more I do, the more valuable I am. I now believe it is the opposite.

But that’s where a mind shift happened. My impression had always been the more I do, the more valuable I am. I now believe it is the opposite. The more I trust my people and give them the autonomy and authority to make decisions, the less I need to focus on the day-to-day, and can instead focus on the strategic higher-level thinking.

Were there any specific exercises or tools that you found useful?

When somebody would explain something to me, I would have a tendency to cut in and interject. What I do now is I clasp my hands and push my thumbs together to remind myself, “Hey, it’s not your turn to talk. Keep your mouth shut and let the other person finish before interrupting and jumping in.”

One of my ongoing coaching aspects that I learned working with her is, “Remember that when you’re in the meeting and someone has something to say, be courteous and let them finish even though you know how they’re going to finish or you know the answer. Give them the opportunity to say what they need to say, because at the end of the day you would like that opportunity as well.”

What changes or results have you noticed in your life since being coached?

My CEO and direct boss have noticed how much more engaged and engaging I am. In the past I used to not listen and think “I know better. I know this.” That perspective has shifted. I now see that there’s a lot of other people out there that understand what we do within the department. They have good ideas. And it’s just understanding and listening before reacting. That was another aspect I took away from this is just understanding, listening and keeping calm during interactions with other departments and giving people the opportunity to show their expertise.

Whenever I have a task now, I rarely make that decision myself. Instead, I kick it down. I’ll say, “Okay guys, put your heads together. What is the best outcome? Give me the pros, the cons, and what’s the best outcome that we can have from this implementation?” And then my expectation from them is to do exactly that. “Give me your ideas.”

Has coaching impacted your life outside of work?

My wife has noticed. She said to me, “Something’s different. You react differently now.”

One night we’re sitting at home and my phone rings. We had a network outage. My wife is sitting there; she can hear my conversation. After about a ten-minute call, I hang up. My wife looks over at me and says, “What was that?”

She goes, “No, no, no, no. What was that? That’s not how you normally react. That was calm. You weren’t, ‘Get everybody on the phone right now!‘ Your tone… that was not you.”

And I was like, “Hey, maybe this coaching is working.”

What would you say to someone who is considering working with a coach?

I would 100% recommend coaching. I recently went into the office of another contributor and I literally told her, “Listen, you need this more than you think. You are going to not only grow from a business perspective, but you will also grow personally. So don’t feel as if there’s something wrong. Don’t feel as if you have something to fix. You’re here to grow. Take it, enjoy it. You will end up a better person coming out.”

For people who have never gone through this, the first connotation might be negative. But look at the sports guys; look at the singers. They all have coaches. It’s not that they don’t know how to throw a football or don’t know how to sing. But just because you’re great at something, doesn’t necessarily mean that others can’t see where you can improve.

It isn’t to fix something. It’s to improve what you currently do. Maybe tweak it, maybe try something differently; a different idea, a different thought process. The coaching gets you to start thinking, “Maybe there is a different approach.” It gets you to think on a much broader base, instead of just doing what you already know how to do.