Negative ideas can prevent anyone from achieving their goals. This was certainly the case for Lydia Henshaw when she found herself beginning a new leadership position at Procter & Gamble. Lydia wore many different hats in the workforce throughout her career prior to P&G, but to succeed in this new challenge, she knew she would need to begin by challenging herself. 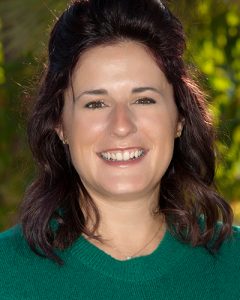 Books, podcasts and similar resources lacked the personal dimension she needed, so Lydia turned to coaching and opened a new world of ideas and possibilities. Working with ICF-credentialed coach Heather Moster, ACC, based in Cincinnati, USA, Lydia shifted from an individual contributor to an impactful team leader in a journey that continues today.

When I first stepped into my new role, I realized that to be successful in the role, I would need to mentally and professionally shift from being a direct technical contributor in a leadership role to actually leading and growing teams. I knew that to succeed, I needed support to change my perspective and receive tools that would power lasting change.

I’m a lifelong learner—I would be in school the rest of my life if I could—I like podcasts, books, all of that. But the thing that those were lacking was the personal connection. I needed someone who could speak into my professional and personal perspective, taking a holistic view and helping me achieve my goals.

When I first met Heather, I said “I need a Jiminy Cricket on my shoulder.” Jiminy Cricket knew Pinocchio, what Pinocchio was going through, and he was also wise enough to guide him in the right way. Books and podcasts fell short for me because they’re not personalized in the same way that a coach is. One-on-one coaching not only helps you get to a kind of next-level mastery for different points in life, but it actually has the capacity to change the trajectory you’re on.

We worked together for a year, meeting weekly by video. We also did several in-person meetings.

What led you to working with Heather specifically?

I filled out a form on LinkedIn and was contacted by a lot of coaches. Heather called me, and she just knocked me off my feet. The first thing she said to me was, “What can I do to make the next 30 minutes the most valuable 30 minutes of your entire day?” At first, I was shocked, because I thought “Isn’t your job to convince me?” But then I started to question that. Heather continued supporting me in a way that turned the question back to me and having me find the answer.

Were there any specific exercises during your coaching engagement that you found particularly useful?

Heather introduced me to the concept of limiting beliefs, which led me to come up with a “limiting beliefs graveyard” exercise. I would draw a little tombstone and write the limiting belief on it. There are days where I start my day with that, drawing my little graveyard and looking at it and thinking, “These are not going to hold you back today.”

We also did several visualization exercises, where I closed my eyes and Heather read off different things, such as “You’re walking and you’re going up a mountain. What do you see?” We talked through what the journey was like and what came out of it. We came up with a vision or a mission statement, which ended up driving a lot of clarity. My vision statement was, “I want to be able to use my talents at scale, for purpose.” Whenever my coach and I talked about choices and perspective, we always had that mission statement to go back to as a way to check in.

What changes or results have you noticed since your coaching experience? Did you reach the goals you set out to achieve?

During the first six months, I absolutely achieved my initial goal to become a stronger leader in my current organization, gaining power over my limiting beliefs and understanding my mission as a leader.

Coaching also helped me slow down and become more thoughtful about why I was doing the things I was doing and having rationale, from a leadership standpoint, for my decisions.

Did your goals evolve during your coaching engagement? 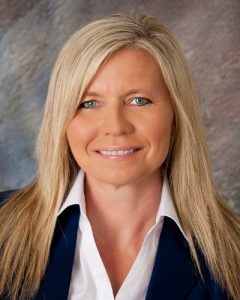 There was a pivot point for me after the first six months. My husband and I took a trip to India, and when we came back, I made a comment to Heather and said, “You know, there’s something about being away for a while that was really eye opening. It was game-changing for me about what’s important and taking the time to enjoy the beauty of the Earth.” And Heather asked me to spend a session unpacking this, nothing related to work.

From this, Heather facilitated an entire dream day. We went offsite and met in a little town, doing several exercises like mood boards, vision casting, and journaling. What came out of that was the vision that I wanted to do something more.

I realized that I wanted to do something to help women and girls. We talked very practically about it, and as we were going through it, the coaching switched from a dream to a reality. The next six months became coaching around working towards the action plan of activating MoxieGirl, an entrepreneurship venture to strengthen girls’ mental health and wellness to grow 10 million confident girls.

She held me accountable to the goals we set each day as the weeks went on during our coaching sessions. She said, “If you’re going to say yes to this, you’re going to have to say no to other things. What are those things going to be?” She was there every step of the way, guiding but also giving comfort and celebrating wins.

What would you say to someone who is considering working with a coach?

I would definitely recommend it. There are potential stigmas against coaching because people could perceive that it’s for the weak. I would argue the opposite. I think coaching is a competitive advantage and can change the course of your career and your profession. It’s incredibly helpful to have someone who is personally invested in meeting you where you are and then bringing you to the next level, whatever that level is.