As Tia Dwyer took on the newly-created position of Chief Operating Officer at Think Together, she knew she would face challenges. Think Together, a nonprofit that supports education reform and support systems in California experienced growth of nearly 40 percent since Tia has been in the COO role. Tia manages 400 sites and 3,000 staff members. 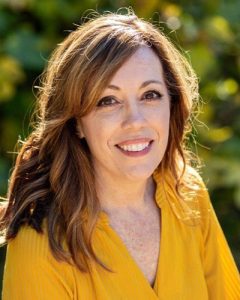 As the COO, Tia works daily with the organization’s founder and CEO. In addition to her other operational responsibilities, the COO role required her to take on the human resources function in addition to other chief/deputy positions who now report to her. Tia’s focus when she accepted the position was to build strong relationships with her colleagues on the executive team. To help maximize these new opportunities, Tia requested an external coach as part of her promotion agreement.

Working with ICF-credentialed coach Cathy Lieberman, ACC, of Chicago, Illinois, United States, Tia was able to significantly evolve her leadership style. Feeling more empowered to make decisions and understand their impact, she has a positive outlook for the future and a plan for moving her team forward.

“I wanted someone who could help me develop as a leader… I could not think of another approach other than an executive coach.”

The biggest thing was a promotion into a new position that had never existed within my organization, and it was being created under the CEO/founder. That combination of things was a lot to navigate, which is why I requested a coach.

I was trying to create a support net in case I stumbled, but I also wanted to advance my career and my work for this nonprofit that I truly believe in.

Tell us about your coaching engagement with Cathy. 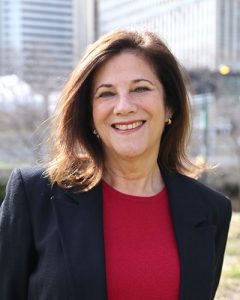 From the first time I met Cathy, I felt so comfortable with her, and throughout the year and a half I worked with her, our relationship continued to evolve and deepen. Cathy brought to our conversations a willingness to meet me where I was and build me up at a time when I was stretching and learning my new role.

I had to feel comfortable. I was investing a lot of my time, and my organization was investing money, which is a valuable resource for a nonprofit. For my coaching engagement to succeed, I had to commit to being vulnerable and doing the work. I didn’t want to waste my time, or my organization’s time and resources.

Did you have any specific goals you wanted to achieve with your coach?

I needed help finding ways to draw out of my boss those things he knew intuitively from running the organization over the past 20 years, which would guide me in this new role.

And there were also internal politics with some C-suite members who had been in their positions longer and were accustomed to partnering with the CEO, but now, in addition, had to partner with me in a new way. It was a big shift for everyone

Were there any specific exercises or questions that you found to be particularly useful?

Cathy would always begin a session by asking, “What do you want to get out of today?” and at the end she’d say, “Okay, did you get what you needed out of today or do you need more?” And that’s where she would follow up with a resource or tool for me to use throughout the time between our sessions.

I like to have knowledge or access to it. Cathy picked up on that and was always giving me resources. She even encouraged me to take an article and read it together with my boss and talk about it. When I would describe that conversation to Cathy, she’d challenge some of my own biases and insecurities that got in the way or colored my perspective about the feedback I was receiving.

What has changed in your life because of coaching?

“Cathy gave me a lot of useful tools on how to navigate within these situations, without compromising my leadership.”

Some of the most helpful coaching conversations came when I was struggling with team members.  In this new position, I am not only a chief, but also managing chiefs who are sometimes older than I am. Cathy’s coaching really helped me manage at a new level.

Cathy gave me a lot of useful tools on how to navigate within these situations, without compromising my leadership. This also translated into my personal life at home. My partner and I often have different approaches to solving problems when they come up.  Cathy’s guidance and strategies to meet people where they are were useful in my personal relationship, which led me to relate to him in a different way, helping us to solve challenges together.

Have other people noticed a change?

“Doing my coaching work, long-term, has helped to create space for other people, which allows them to respond to me differently. My relationships in the workplace have shifted.”

There are definitely people that I work with that I’m closer to now, we are more vulnerable with each other and willing to give honest face-to-face feedback. They will often comment, “I really noticed you working on this” or “I appreciate your intentionality around that.”

And then there’s more difficult relationships where we were at odds, and now we’re working collaboratively. Now they will say, “You know what, let me talk to Tia. We’re going to work that out.” I was grateful others were willing to meet me where I was in my journey and development during this time.

I think that doing my coaching work, long-term, has helped to create space for other people, which allows them to respond to me differently. My relationships in the workplace have shifted.

What would you say to someone who’s considering working with a coach?

You should know going in that there’s a lot of work involved. Are you willing to make the investment not only with your time, but also with your vulnerability? A coach is not a magic wand. They’re not going to be like, “Ta da, you’re successful.” If you’re going to be successful, that’s up to you.

Instead, they’re more like a guide that has gone down this path before and can let you know, “Hey, you know what? There is light at the end of this tunnel. I know how to get there, and I’m going to help you. But you’ve got to walk alongside. I’m not going to carry you up the hill.”